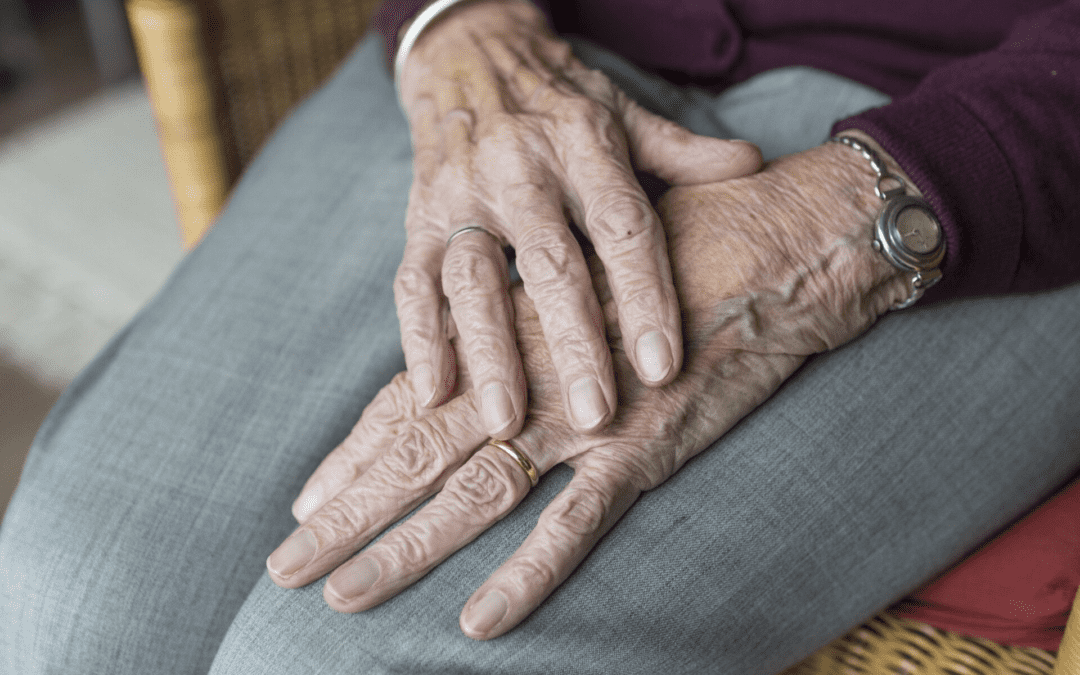 On behalf of our client (the plaintiff), we filed a discrimination lawsuit  against Jersey City Medical Center and its Director of Nursing, Arlene Eastman, for age discrimination. The case was filed in the Superior Court of New Jersey, Hudson County. The complaint (lawsuit) makes the following allegations:

The plaintiff commenced employment with Jersey City Medical Center (JCMC) on December 11, 1989 and was employed for 29 years in the emergency department. She is a mother of two children (age 41 and 35), as well as a grandmother to three (3) grandchildren. Her husband is 72 years old, and they were married for 44 years.  Prior to her lawsuit against JCMC, she had never filed a lawsuit against any person or company.

Plaintiff’s lawsuit alleges that on March 12, 2017, two (2) years prior to her termination, defendant Arlene Eastman was transferred into the position as Director of Nursing, and thus, became her direct supervisor.   She alleges that after Eastman became Director of Nursing for the emergency room, Eastman asked her on at least three (3) separate occasions when she “will retire” or “ready to retire.”  She responded, “it’s not time for me to retire.”  She alleges that Eastman would smile in response.

On December 3, 2018, Eastman and JCMC fired the plaintiff. Eastman and JCMC allege that plaintiff, a 64-year-old grandmother, stole a jogger’s watch which belonged to her co-worker. Plaintiff does not jog and has never been accused of stealing in her life. JCMC alleges that a camera “caught” plaintiff “stealing” the watch, but the camera footage was “accidentally destroyed.”  JCMC replaced plaintiff’s position with someone substantially younger than her.

In an employment discrimination case, a sophisticated employer will not reveal his/her true discriminatory intent. Such an employer would point to a “non-discriminatory” reason as the “official” reason for termination. The discriminatory aspect of the decision to terminate is often hidden and revealed to no one.

Plaintiff alleges that age discrimination motivated her termination, and she was falsely accused of stealing and replaced by someone substantially younger than her.

Plaintiff alleges that every morning before she commenced work, she cleans and disinfects her computer workstation area, including the back of the computer area. Plaintiff alleges that while cleaning the area surrounding her workstation, she saw a watch on the table behind her computer. She asked her co-workers if anyone was missing a watch, and when no one responded, she placed it in the pocket of her scrub for safekeeping and kept on working for the rest of the day, intending to give it to the owner when that person asks for it, or to turn it over to security at the end of her shift.

A scrub is a sanitary clothing worn by physicians, nurses, and other workers involved in patient care in hospitals. The pockets of a scrub are located at the front of the uniform and are often thin and shallow and its contents are easily visible.

Several hours later on the same day, a co-worker/owner of the watch approached the plaintiff, saw the watch in her scrub’s pocket, stated it was hers, and plaintiff gave it to the co-worker. After plaintiff gave the watch back to the rightful owner, the next day, defendant Eastman came to the plaintiff’s work area, and told plaintiff to stop working until her union representative was present. Eastman then told the plaintiff she was suspended and subsequently fired for “stealing” the jogger’s watch.

Plaintiff pleaded with Eastman that she did not steal the jogger’s watch, but she merely found it behind her workstation and placed it in the front pocket of her scrub in plain view of everyone simply for safekeeping and to return it to the owner or security at the end of her shift.  Eastman was unmoved and JCMC claimed that video recordings captured plaintiff “stealing” but that the recording was “accidentally erased.”

JCMC, through their attorney, Apruzzese, McDermott, Mastro & Murphy P.C., filed a motion for summary judgment to dismiss plaintiff’s case arguing that plaintiff failed to present sufficient evidence that age played a role in her termination. In employment discrimination cases where the courts have long recognized that direct evidence of discrimination is often unavailable or difficult to obtain as sophisticated employers often cover up illegal discrimination, and it’s very difficult to know their thought process in the decision to terminate an employee, prevailing case law permits a plaintiff to present her case to a jury if she comes up with circumstantial evidence of discrimination. New Jersey courts follow a three-part (three-step) test known as the McDonnel-Douglass burden shifting test. The test  is named after a United States Supreme Court titled McDonnell Douglas Corp. v. Green, 411 U.S. 792 (1973). The McDonnel-Douglass test is applied by a judge when considering a motion for summary judgment.

Under the first part (step) of this test, a plaintiff must present evidence to establish what is called a “prima facie case.”  In an age discrimination case, a plaintiff presents a prima facie case of age discrimination by pointing out to the judge evidence that she was over the age of 18. She was qualified for the position from which she was fired. She was performing in that position at the time of termination. After firing her, the employer replaced her with someone substantially younger than her. That is not a difficult task in age discrimination cases, as these cases inherently involve termination of an older person and replacement by someone substantially younger.

After the employee point out to the judge evidence in satisfaction of her prima facie case, the “burden” then shifts to the defendant to “assert” what is referred to as a “legitimate non-discriminatory reason” for termination. That’s a fancy way of saying just about any reason for termination that is not on its face discriminatory, such as lateness, smoking in bathroom, taking too many breaks, stealing, etc. Even a false reason would be sufficient at this stage of the test.

There are many ways a plaintiff could demonstrate “pretext” for discrimination. For instance, if the employer fires an employee alleging violation of company policy, and employee points out to the judge evidence that she did not violate company’s policy, then pretext has been demonstrated the case must proceed to the jury to determine whether discrimination motivated the termination.

Other ways, include, but not limited to, employer treating an employee differently on account of an impermissible factor, such as age, race, sex, disability, ethnicity, etc. For instance, if the employer terminates a black employee for stealing or being late, or for some other reason which violates company policy, but simply suspends a white employee for the same offense (or vice versa), that is evidence from which a jury could conclude as discrimination. That is, two individuals of different race, sex, ethnicity etc., committing the same offense, but given vastly different treatment, constitutes evidence of discrimination.

In this case, the plaintiff was able to point out to the judge evidence from which a jury could conclude that she did not steal the watch. That is, by placing the watch in her pocket under the facts and circumstances of the case, she had no intent to steal the watch, but rather for safekeeping, as she did not hide the watch in her locker, or in her bag, or in her non-working clothes, etc., which would have supported the allegation of stealing.

The judge denied the motion for summary judgment concluding as follows:

Here, viewing the issues in the light most favorable to the Plaintiff, the Court is persuaded that there exists a genuine issue of material fact pertaining to whether [plaintiff] was terminated for theft. Black’s Law Dictionary defines “theft” as: “The wrongful taking and removing of another’s personal property with the intent of depriving the true owner of it.” Based on the facts asserted, it is unclear whether [plaintiff] acted with “the purpose to deprive” her coworker of the watch when she placed it in her pocket, therefore it is unknown whether she had the requisite intention of theft. The issues surrounding her termination are further muddied by the fact that Plaintiff testified she believes that age was the reason for her termination, because Defendant Eastman asked her when she would retire, which Defendant Eastman denies asking. This is an issue for a jury to decide. Because there is a genuine issue as to the circumstances surrounding the termination of [plaintiff’s] employment, the Court concludes that summary judgment is not appropriate.

A motion for reconsideration is sometimes filed by a party who believes that the judge did not consider or properly consider certain evidence or correctly apply the law to the facts of the case. That is, the judge made an error.

In practice, however, litigants all too often file a motion for reconsideration simply because they disagree with the judge’s decision, rather than any error on the part of the judge, but would, instead argue that the judge committed an error. This is an improper reason for filing such a motion, albeit very common.

More than three (3) months after the decision denying motion for summary judgment, JCMC, through counsel, Apruzzese, McDermott, Mastro & Murphy, filed a motion for reconsideration. They contended that “the court disregarded relevant case law on the standard for pretext and improperly required a showing that plaintiff had criminal intent to commit theft in order for defendants to avoid a finding of pretext.” They further argued that “whether Plaintiff actually stole her coworker’s watch, and whether Defendants incorrectly determined that Plaintiff stole her coworker’s watch, have no bearing on the pretext analysis and moreover, were inappropriate for the Court to consider. Instead of focusing on these issues, the pretext analysis required the Court to examine whether Defendant Jersey City Medical Center believed Plaintiff violated its policy when it terminated her.”  Additionally, they argued that “rather than analyzing the employer’s beliefs and intent as is required by the controlling standard, the Court instead analyzed Plaintiff’s intent. In so doing, it improperly injected a criminal standard of intent into the analysis of pretext and disregarded applicable case law.”

Those arguments are absurd, non-sensical and lack any rational or legal basis. On a motion for summary judgement, the function of the court is to identify disputed questions of fact, assess their materiality, and determine whether a rational jury could resolve the disputed facts in favor of the plaintiff. At the summary judgment stage, the judge cannot weigh the evidence or make credibility findings, as that is the sole function of the jury. At summary judgment, the judge serves as a gate keeper, whose function is to weed out cases that lack material evidence. That is, to avoid jury trial of frivolous cases.

In an employment discrimination case, “intent” is often a central and critical issue on a motion for summary judgment and for jury consideration. If there exist material facts on the issue of intent, the case must proceed to the jury. Thus, JCMC’s argument that the judge “improperly injected a criminal standard of intent into the analysis of pretext and disregarded applicable case law” is grossly absurd, and in opposite of elementary principles of summary judgment.

Not surprisingly, the judge denied JCMC’s motion for reconsideration.